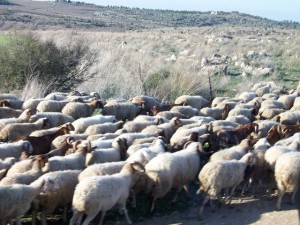 October once again followed the continuous trend of breaking records for high temperatures around the globe. Despite the evidence that climate changing is happening more rapidly than expected Australian newspaper for two days in a row has run reports attacking President Obama’s speech at the University of Queensland when he laid down the gauntlet to the Australian government to pick up our act.

It appears the priority of the coal driven Queensland somehow trumps Obama’s call as we worry about our job security and lifestyle.

In the face of this Ezekiel’s ancient word of prophecy speaks a confronting word to us.  Not simply in the matter of climate science but also in the reality that in the West we have been embedded in exploitative capitalism, given ourselves permission through our obsession with growth .

Like Ezekiel, Clive Hamilton and Paul Gilding the Pope has recently issued a rather dire prediction that whilst God might forgive the earth will not. Ezekiel’s word of prophecy suggest that fouling the crops and water that others need will bring consequences.  It would appear that these consequences are coming home to roost on a global scale.

In Australia we have got rid of the carbon tax and said we will not do more until others do, we have ‘protected our borders’ and we have ‘protected our industry and jobs’ but at what cost? Ezekiel declares judgement, Because you pushed with flank and shoulder, and butted at all the weak animals with your horns until you scattered them far and wide.

As an Australian I am bemoaning my sore flank and shoulder and my scrapped horns as I begin to realise the inequity and injustice we perpetuate. I know I am embedded in these systems so I continue to ask what can I do?  What contrition? What advocacy? What hope can I offer? How will i ever respond to Jesus words?

‘Come, you that are blessed by my Father, inherit the kingdom prepared for you from the foundation of the world; for I was hungry and you gave me food, I was thirsty and you gave me something to drink, I was a stranger and you welcomed me, I was naked and you gave me clothing, I was sick and you took care of me, I was in prison and you visited me.’

On this my resume is not great…